How Topographic Maps Affect: Experiencing Washington, DC through the Maps of the “Other”

Does the type of map we use affect how we engage with a place in situ? This paper describes a creative activity that aimed to explore how the use of different topographic maps affects our engagement with an urban environment. Three groups of participants explored the neighbourhood surrounding the Gelman Library at George Washington University, each using an extract from a different map (all with street-level detail of the area) as a guide: (1) a contemporary selection from OpenStreetMap; (2) a United States Geological Survey (USGS) map from 1965; and (3) a Soviet military plan from 1975. The 32 participants recorded their experiences by taking photographs and uploading them to a shared online bulletin board (Padlet). After gaining feedback via group discussion, the resulting 108 images were classified, interpreted and mapped. The findings indicate that the groups’ engagement with their environment varied with the specific map used, and was possibly influenced by their interpretation of its function, although differences in individual perceptions and responses were more pronounced than between-map differences. The activity provides a starting point for understanding the role topographic maps play in the relationship between emotions and environment and offers some avenues for further research. 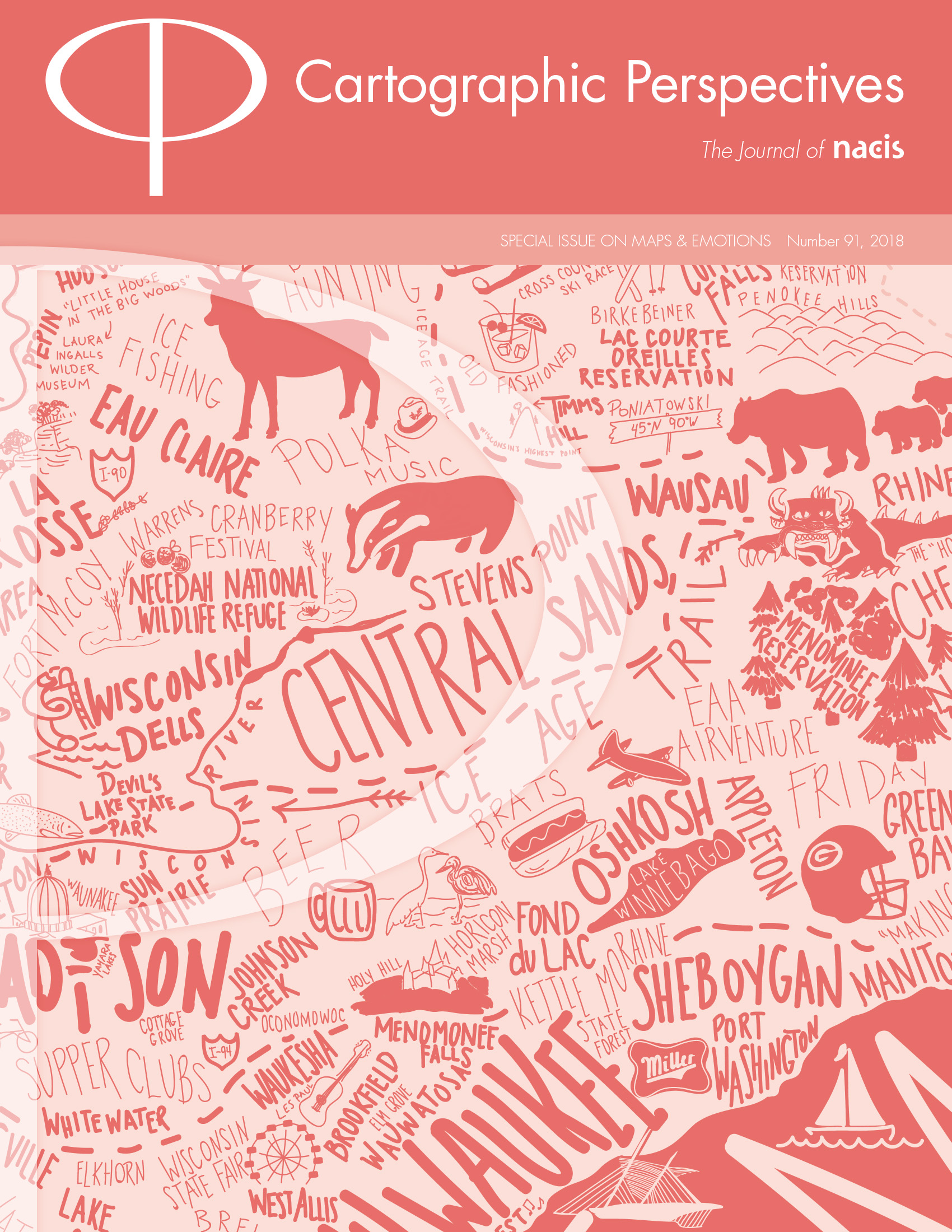